A Evening with Richard Kind – ONE NIGHT ONLY!

Click on the picture below to reserve your tickets! 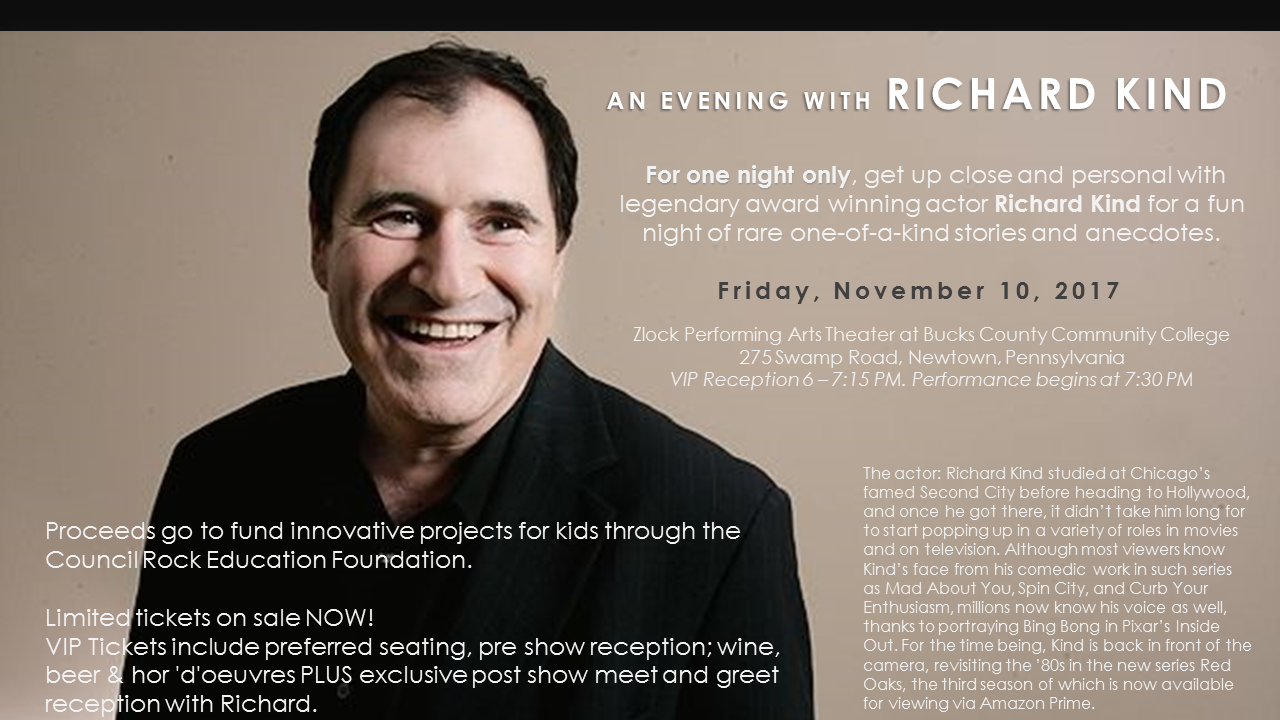 Kind, an actor and writer, known for Inside Out (2015), Spin City (1996) and A Serious Man (2009) Toy Story 3 (2010) and Argo (2012), and Red Oaks (2014-2017), an Amazon Prime Original Series in its third season. Born in Trenton, New Jersey, a graduate of Pennsbury High School, Richard studied pre-law at Northwestern University in Evanston, Illinois, but took a year off before going to law school to try his hand at acting. A member of Second City’s Chicago and L.A. troupes, he worked in the theater for 10 years before getting his break on television.